Please let us know what you think of our new website.

Get awesome content in your inbox every week.
On World Tourism Day, EQUATIONS, urges governments to look at the pandemic as an opportunity to transform tourism to be more sustainable and resilient.
In a statement on the occasion of the World Tourism Day 2020, Equitable Tourism Options (EQUATIONS), a research, campaign, and advocacy organisation working on tourism and development issues in India, has urged the governments to contextualise the tourism growth approaches and take learning lessons from the global pandemic. It said that the government and its agencies should take the pandemic as an opportunity to transform tourism that is sustainable and resilient.

The agency warns against going back to “business as usual” due to increasing urge to “overcompensate for the losses” of the global pandemic period by businesses. Since the pandemic and many other recent incidents have proved that tourism is one of the most vulnerable industries and perhaps one of the hardest hit, EQUATIONS cautions against going back to business as usual mode after the pandemic.

“The current bailout packages by industry and response from governments does not offer any hope towards fundamental systemic reformation within the industry which also contributed to the crisis. We urge the Governments to provide urgent and efficient support to the most vulnerable groups in the tourism sector, who are the workers in the formal and informal economy. Among them are migrant workers and women, who face particular discriminations and vulnerabilities,” demands EQUATIONS.

Reminding the governments about the World Tourism Day and its theme - Tourism & Rural Development, EQUATIONS says that the places that were completely dependent on tourism are suffering from joblessness and hunger due to Covid-19. “Several workers in spite of being employed in the organized sector, are either contractual or casual workers without security of employment. Obviously, the promises of tourism to be a key contributor to sustainable development have not been fulfilled. The crisis now establishes that the current tourism model is neither resilient nor sustainable.”

EQUATIONS also question the lack of sensitivity of the Ministry of Tourism, Government of India to the larger issues of the vulnerable sections of the society who depend on tourism for livelihood. “The Ministry of Tourism and Culture, Government of India announced its Draft National Tourism Policy 2020. The policy is silent about the crisis and fundamental measures need to be taken to address it. Rather the draft policy speaks about opening up newer destinations and an ambitious growth in tourism. A policy of constant growth and expansion in tourism is not compatible with a resilient and sustainable future. Growth approaches must be contextualised.”

The agency also criticises the proposal to have centralised standardisation for tourism products. The proposal will kill the diversity of tourism in a vast country like India. “This proposed standardization and certification would also mean more investment, resulting in killing many of the small enterprises at rural tourism locations.” 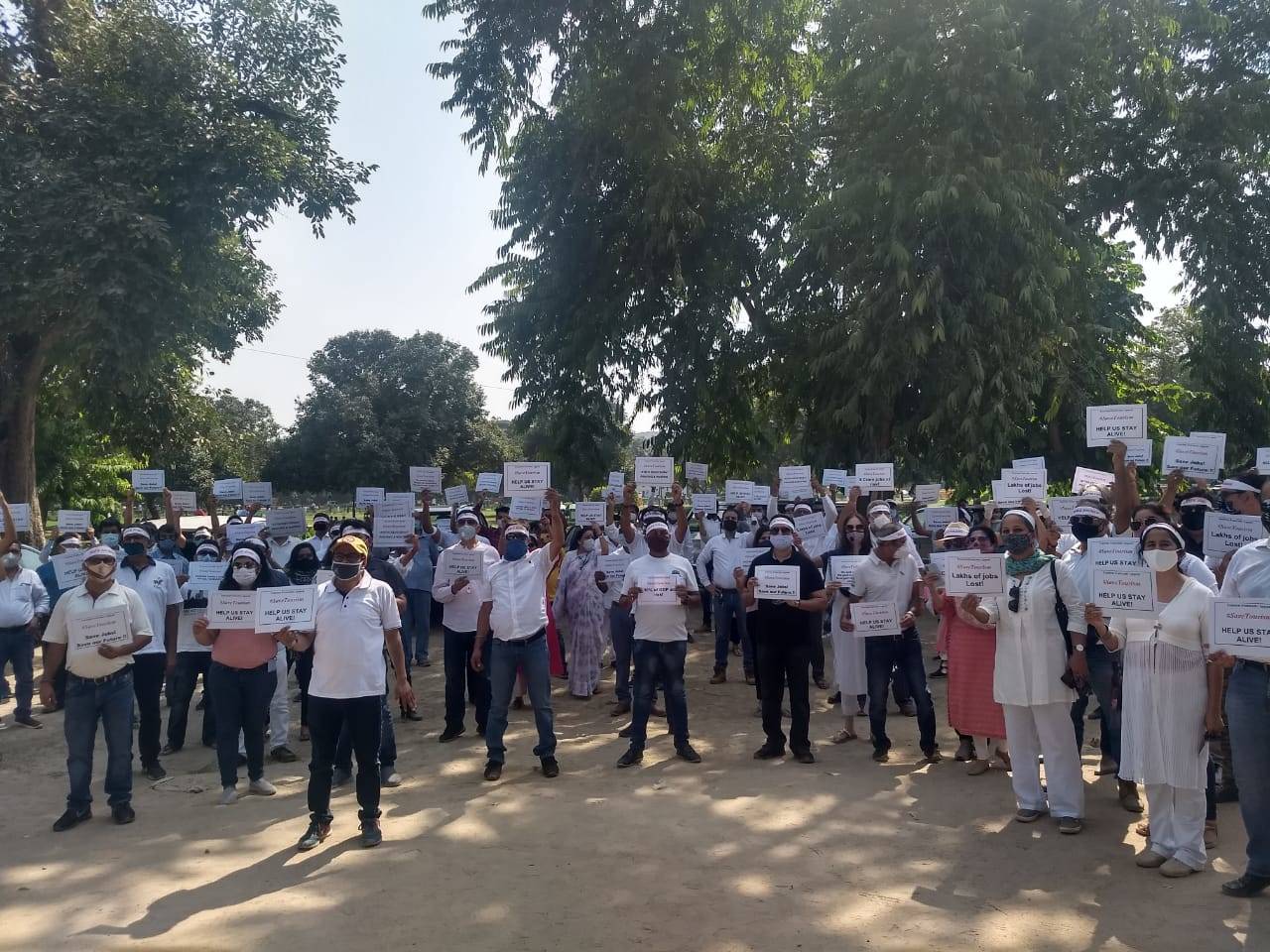 Similarly, EQUATIONS also raises questions about the suggestion in the Draft National Tourism Policy to set up Destination Management Organisations (DMOs) as SPVs (Special Purpose Vehicle). Setting up private limited companies with CEOs at the helm with no elected representatives, will take away the spirit of decentralised governance, powers and functions of Local Self Governments. This will severely limit the participation of communities in the tourism decision making processes. “We call for strengthening the existing systems of Local Self Governments with more powers rather than creating parallel private bodies which can create further privatisation of common resources.”

EQUATIONS calls upon the Ministry of Tourism, Government of India and the tourism promoters to uphold the principle of “leave no one behind” as a key element for sustainable and responsible development now, and as the Travel & Tourism industry recovers and restarts its operations.